Object are the group who challenge: “‘sex object culture’ – the sexual objectification of women through lads’ mags, lap dancing clubs or sexist advertising”.

UK Feminista is an organisation which provides training for the feminists who wish to campaign against the sex industry, ‘sexist advertising’ etc. Contributors at the advertised 2013 summer school include No More Page 3. There are no feminist groups supportive of sex work in attendance.

UK Feminista and Object have announced a national campaign targeting retailers who sell ‘lads’ mags’. Legal advice obtained by the campaign groups has allegedly shown that selling and displaying magazines and papers with ‘Page 3 style’ front cover images can constitute sexual harassment or sex discrimination under the Equality Act. Employers who object to having to look at these images, and customers who feel violated by witnessing the presence of the magazines, could have cause for a claim.

In true Object style, quotations from women who are offended are included (Though whether they are actual workers who have come forward, or merely Mumsnet and Object supporters who also happen to work in shops, is unclear).

“Tesco make enough money- they don’t need to sell this stuff. Magazines like this should not be in a supermarket and Tesco should know better than to sell them.”

“I’d prefer them not to be sold where I work. It displays the wrong image towards customers.”

There is a moralistic tone. This stuff, like this, they should know better. What does this say about the women who model in these publications, and for the men and women who buy them? What about all the people employed by the magazines, the publishing companies, the warehouses, the distributors, the stockists. What about the right of people to perform in, or consume, these publications?

It is interesting, because the campaign could have been to ban pornography magazines, or to place ‘lads’ mags’ on the top shelf out of childrens’ eye level, but instead the campaign is to ban them completely or risk being sued.

“Lads’ mags dehumanise and objectify women, promoting harmful attitudes that underpin discrimination and violence against women and girls. Reducing women to sex objects sends out an incrediblydangerous message that women are constantly sexually available and displaying these publications in everyday spaces normalises this sexism. It is unacceptable that major retailers continue to expose staff and customers to such sexist and degrading material. It’s time we saw an end to Lads’ mags in shops and the very real harms to women that result!”

The causal relationship between lads’ mags and violence against women is stated. Mirrored by Object’s claims that lap-dancing clubs cause harm to women, the Lilith’s Project’s ( Eaves) much cited incorrect report that lap-dancing clubs caused a 50 percent rise in rape in Camden, and No More Page 3’s claims that pornography and Page 3 cause sexual violence against women.

Also included are statistics I find hard to believe, given that I am one of the only people I know who shops in WH Smith under 60 years of age… Object claim that 73 % of the UK population visit the shop…

I understand the debates surrounding objectification, sexualisation, and pornification, and I will need to unpick these and study them in depth for my research. However I am also aware that the same sex panics have existed since (if not before) the Victorian era. (A topic I wish to examine in much more detail also).

Here’s a task for you. Search ‘Vogue naked’ in google images, and see what images come up. Then compare these images to lads’ mags images. Which are ‘worse’? Which are more explicit? Is this a class issue? Is the problem that the lads’ mags are aimed at men, and therefore this makes their purpose ‘bad’, whereas the fashion magazine have a different purpose? If so, if it out interpretation that classifies the images? Do we need to re-evaluate our use of the ‘male gaze’ as PhD researcher Allie J. Carr suggests in her wonderful thesis on Showgirls?

Here is a Vogue cover taken from http://izandrew.blogspot.co.uk/2011/10/natasha-poly-complet-naked-for-vogue.html:

If the first one is sexist, degrading, adding to women’s inequality and oppression, is the second? Is a woman’s naked body obscene? If you enjoy looking at female bodies are you inherently disrespecting women?

Here are 2 photos from inside Vogue: 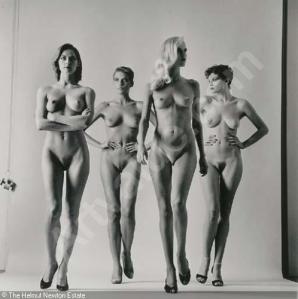 Employees claiming that they cannot sell certain products on religious grounds have lost at tribunal, so why would Object and UK Feminista believe they have such a strong case? And if they indeed won, what would this mean in law? Does a minorities right to object to these magazines override consumers’ right to purchase, models’ rights to do their job, publishers’ rights to have their lawful business?

We often talk of the virgin/whore dichotomy, but I feel it’s high time we emphasise the good guy/bad buy binary. As if the man who enjoys lads’ mags or lap-dancing clubs is bad, sexist, dangerous, and the man who doesn’t is good. The man who watches pornographic films might respect women completely, the man who protests for No More Page 3 might go home and beat his wife, or rape his girlfriend, or sexually bully his workmates, or harass sex workers. We are so keen to Other groups of men, those who read Loaded, those who purchase lap dances, that we miss the issue. Abuse to women happens by all kinds of men. It is not possible to safely distance ourselves by their sexual consumption habits.

There are high profile ‘feminist’ men who are utter misogynists (speaking from experience here).

If these magazines were banned, or merely resigned to the past through changes in consumption, would it really make any difference at all to gender inequality and harm to women? And even if you agree that lads’ mags are sexist, or merely not to your tastes, is threatening legal action every time we don’t personally like something ok? What does this say for personal freedoms and censorship?

Tellingly, as soon as the campaign went online, support came flooding in from academics and Object supporters, with one follower saying: “ I have always felt uncomfortable buying stuff in shops with breasts and open legs everywhere”. Which shops are these? These campaigns get a lot of support via online petitions, there is a LOT of money behind them, with full time staff who are accomplished media-savvy women. A counter-campaign ‘Don’t Lose the Lads’ Mags’ just wouldn’t evoke that same ‘common sense’ rationale. Most women don’t have time to go out there campaigning, they are too busy with full time jobs, study, hobbies, children, spouses, lovers, family commitments. These campaigns are spearheaded by women who represent a small minority. Why should they speak for us all?

One supporter of the campaign does a hashtag for the ‘sisterhood’ #sisterhood, presumably only those sisters who are like-minded and keep their clothes on?

These panics about women’s bodies on display are nothing new, they are just better-marketed and better-packaged. 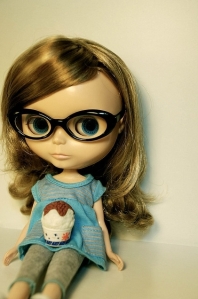 Some great blogs on the Lose the Lads’ Mags campaign: