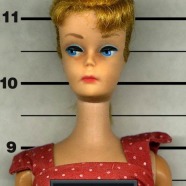 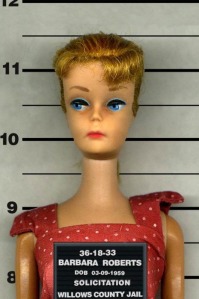 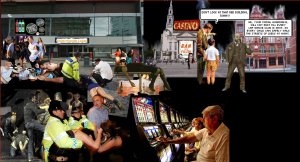 Photo courtesy of this blog post about the club closures.

I am absolutely horrified and furious to read the news that 3 lap-dancing clubs in Leeds must close.

I have been following the activities online for over 12 months, here and here.

My thoughts are with the employees mainly women who are now unemployed right before Christmas. The closures will affect owners, managers house mums, door staff, bar staff, dancers, costume sellers, cleaners, and all those who trade with the establishments. And of course all their families. Millions in revenue lost per year due to a few puritans. A great blog resource is here.

It also relates to what I said here about the BSA Youth Sexualities conference. It was such a relief to see such an admirable scholar such as Dr Clarissa Smith talk about the affective role of fear. It is alarming how common-sense discourse keeps beating common-sense. That those read as dangerous Others, and activities widely read as ‘dangerous’ ‘immoral’ ‘dirty’ or the ever-popular ‘objectifying’ can be subjected to worryingly easy punitive measures. Think of how these processes apply to other minority groups.

It is extremely worrying that zombie stats that are proven to be incorrect are wheeled out and repeated at every opportunity. The Lilith Project/Eaves lap-dancing ‘causal relationship’ to rape is completely flawed! Just like saying the opening of lap-dancing venue in Newquay, and the rape rate decreasing is a causal relationship. Then I come across these frequent rambles in supposedly ‘liberal’ newspapers. Look here at how aLeeds rape support group use the Lilith withdrawn study as FACT to solidify their campaign. They state:

“There is an established link between crime and sex establishments, the 2003 Lillith [sic] report on lap dancing and striptease in the borough of Camden London, found reported rapes around lap dancing clubs to be three times the national average.

Research has shown that wherever lap-dance and strip clubs appear, women’s quality of life deteriorates as a result, with increased reports of rape. These establishments licence the objectification of women for money. This actively damages women and girls living and working around lap-dancing clubs as well as the women working within them”.

Look here at how this ‘Child Trafficking’ organisation use the same withdrawn report.

As regular readers of this blog might now, I find the idea that women’s bodies cause men to rape them, abhorrent rape apologetic nonsense (to be polite). I have written previous blogs on the matter here Indecent Dolls: Ban This Filth, here at Dangerous Dolls, Object and Lose the Lads’ Mags, here at We Don’t Do Barbies, here at Stupid Dolls: Lap-dancing, Joan Smith and Polar Disorder,here at My Problem With No More Page 3, and here amongst other posts.

The idea that these clubs ‘lower the tone’, endanger children and that women feel unsafe are nonsense. As a woman I don’t like walking past anywhere people are drunk because gangs of drunk women and men falling out of bars and clubs is annoying at best, and intimidating at worst. There is nothing specific about lap-dancing clubs that intimidates. Many people for personal or religious reasons object to alcohol consumption but they cannot close establishments down on this basis.

If anyone genuinely believes that these ‘feminists’ want to put other women out of work to ‘protect’ us all, and end gender inequality, and ‘stop porn culture’ *vomits in own mouth* then good luck with that. If these women cared about other women they would ensure the workers had good labouring conditions, were safe, respected. They would engage with the amazing academic literature on this subject instead of ignoring it or misquoting it. Instead, they choose to objectify the lap-dancers, reduce them to merely their occupation and body parts and fail to engage with the workers or address the workers’ concerns.

Of course the cruel irony, is that the sex industry these ‘feminists’ hate so much has many facets, and some of these unemployed dancers may now feel they have no option but to enter realms of it they would not usually wish to. This has been commented on by expert in the field, Reader in Sociology at the University of Leeds Dr Teela Sanders. Mortgages and bills don’t pay themselves. Most dancers I have ever met and worked with are independent women, and they may now be forced into work they don’t wish to do; prised from the jobs they liked because a few puritans felt “uncomfortable”.

My thoughts are with all the staff, especially the dancers. I hope your owners fight the ruling and win.

A Stripper Writes to Object