Justine Halley quotes this blog in her Medium article here.

I have spoken increasingly about the relationship between radical feminists/abolitionists and the religious right/ fundamentalist Christians. I now have even more reason to be wary.

Yesterday I pointed out the Exodus Cry have homophobic materials on their website. These are provided further down the blog.

I asked the org, it’s CEO Benjamin (Benji)  Nolot, and the Director Laila Micklelwait for an explanation.

Benjamin ignored me, and Laila instantly blocked me. Laila then sent the very odd response (which I couldn’t see, a friend sent it over). Exodus Cry have also now blocked me. 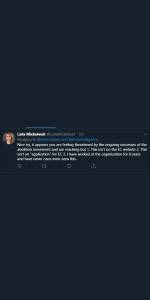 Laila says “Nice try, it appears you are feeling threatened by the ongoing successes of the abolitionist movement and are reaching but 1. This isn’t on the EC website. 2. This isn’t an ‘application’ for EC. 3. I have worked for at the organization for 8 years and have not once even seen this”.

A fellow activist showed Laila that the material can be found in a quick search.

The same activist then discovered it has been deleted it from site within minutes.

Sadly for Exodus Cry whilst they can delete things from their website in a panic, then cannot delete the archives, or the screen grabs multiple activists have. I recommend people use the Wayback archiving device when researching such orgs.

In Cole’s article September she documents how the EC site has blocked Wayback from archiving its material. Cole also reveals that Laila now does admit to the documents, but says they were from 12 years ago.

A UK journalist had already picked up on the homophobic stance of the charity in 2018.

Here is a piece written about christian fundamentalist Exodus Cry and its film Liberated. by an investigative journalist. I recommend you read this.

Their stance on LGBTQIA+ relationships can be seen below, as can their stance on sex outside of marriage. Although they are attempted to delete these documents, if you google ‘Exodus Cry homosexual’ their ideology is plain to see. You can also listen to a podcast here where Benji features. 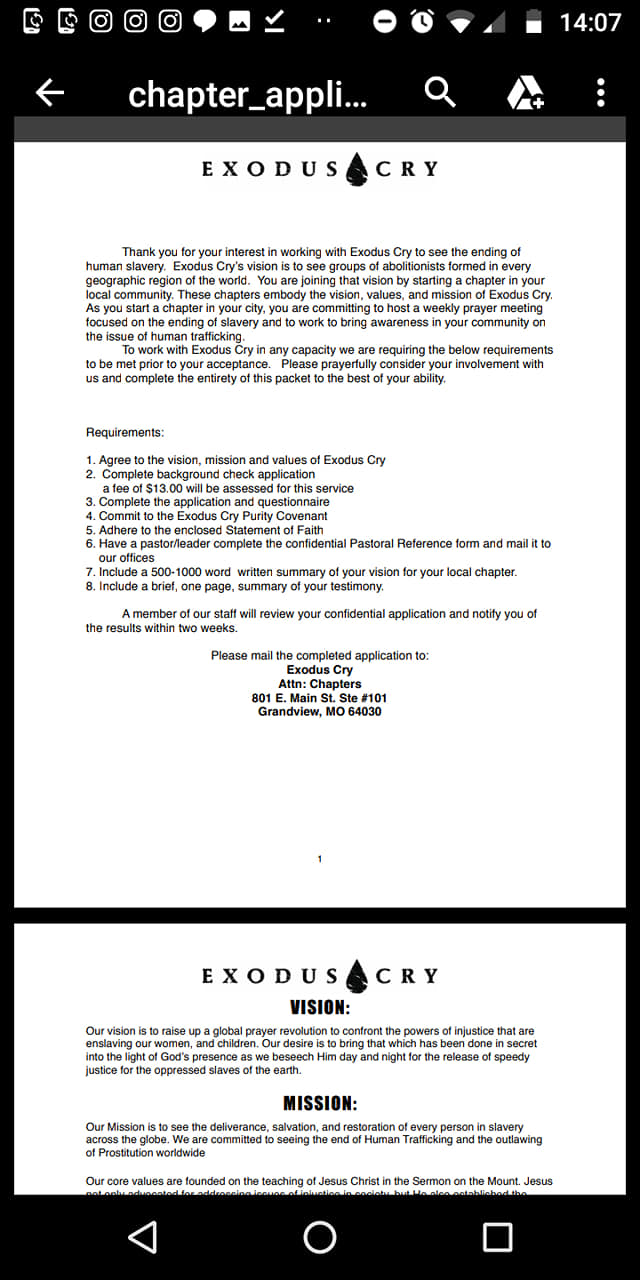 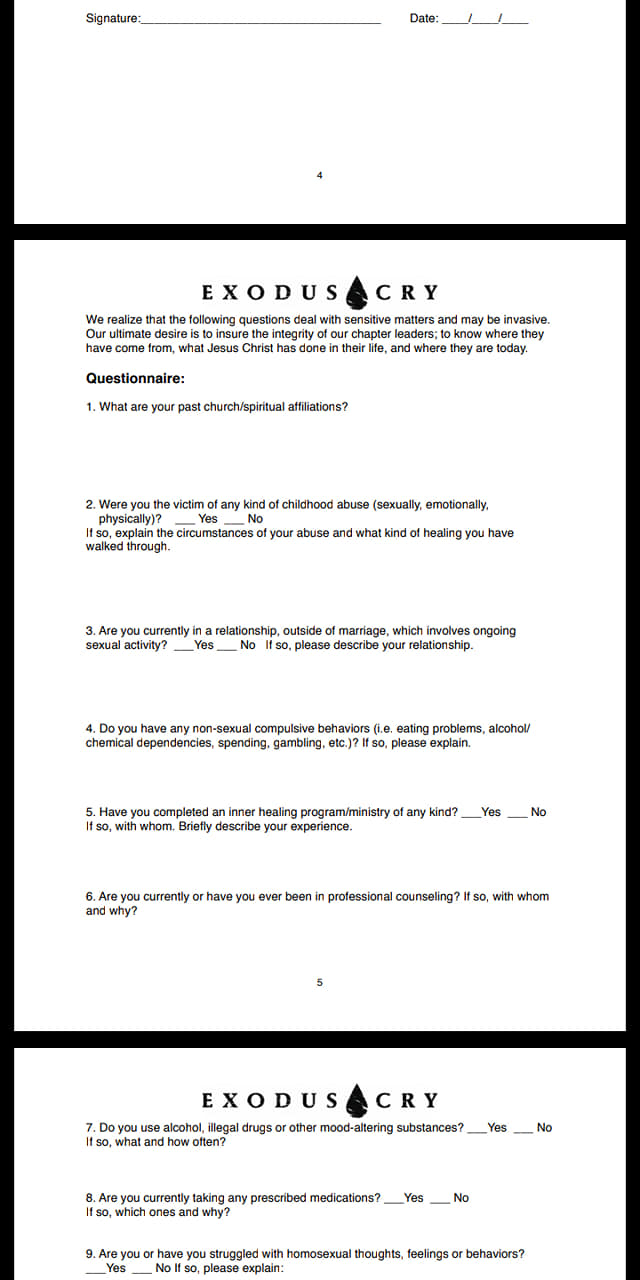 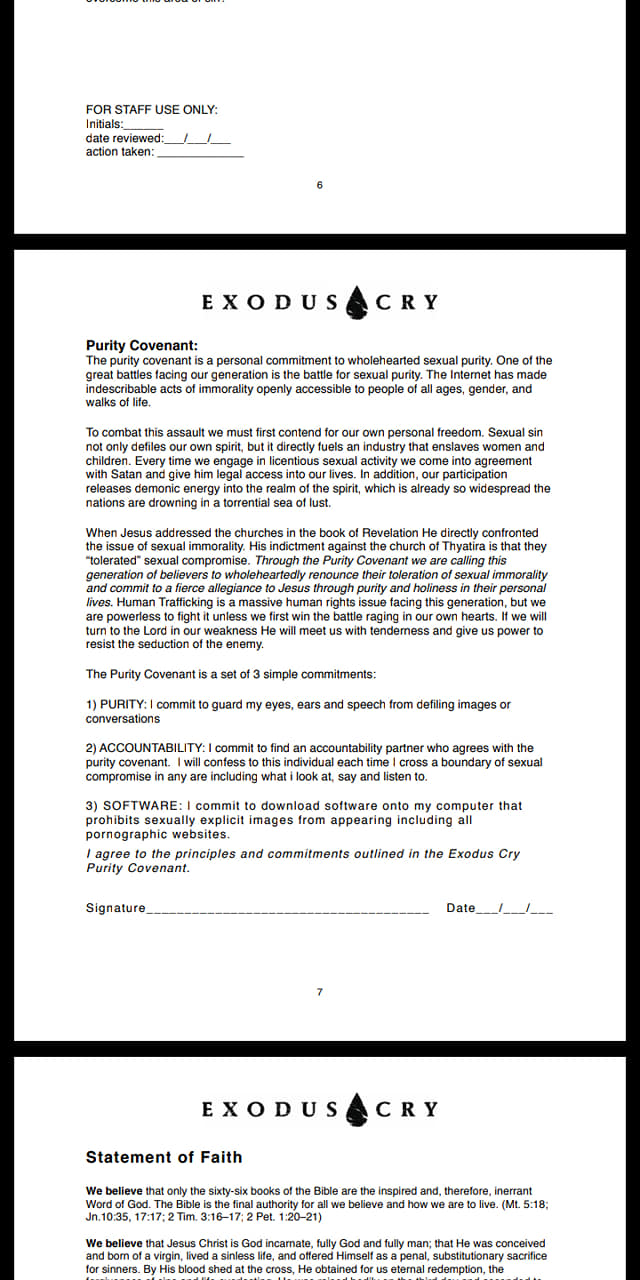 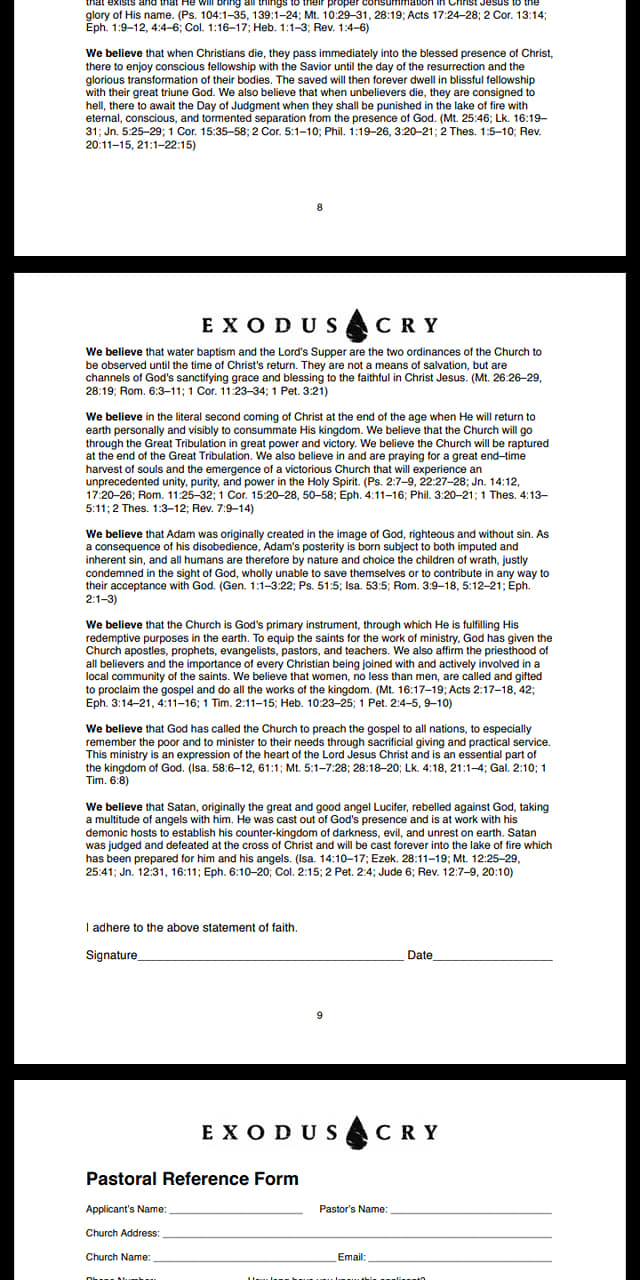 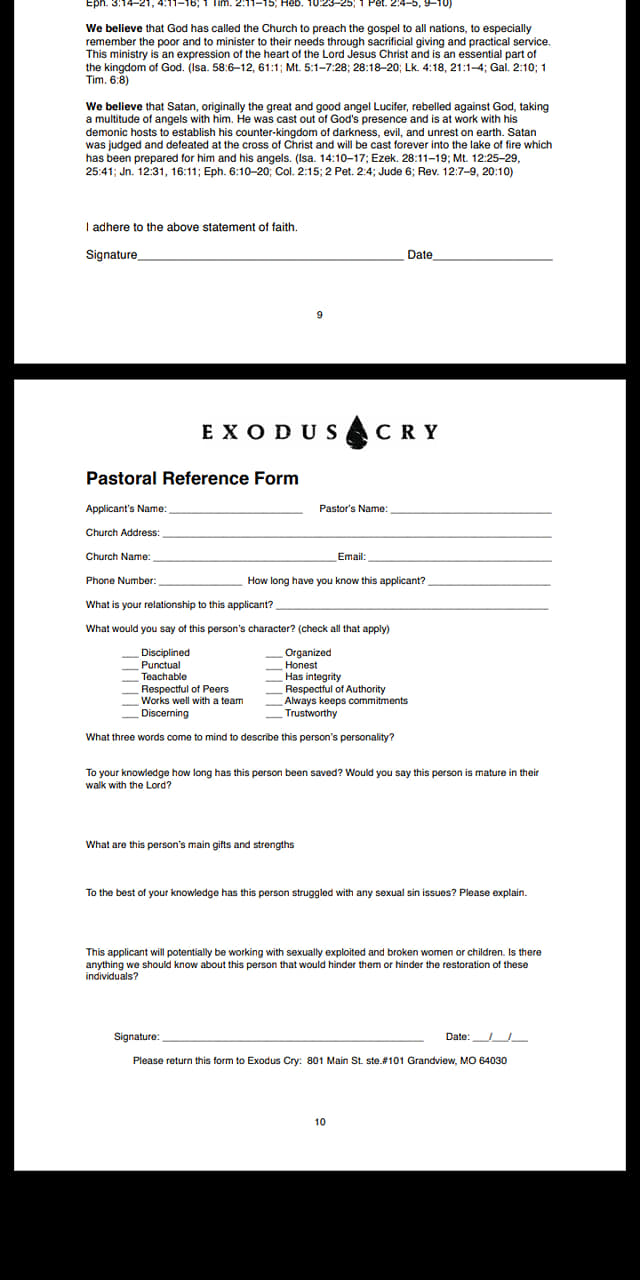 I am aware that some groups might not have been aware of the position Exodus Cry take. I have reached out to all groups for a clarification on the above documents. Some supporters have said that the homophobic ideology does not change their support. Other groups have ignored the fact that they are dealing with a homophobic purity movement.Personally even the name would ring alarm bells and would point to a literal understanding of the bible.

Exodus Cry have also made an exploitative documentary on Netflix called Liberated, and they previously made a  film called Merchant of Souls.

As we can see above in their application form they believe ‘homosexual’ relationships are a sin, they believe sex outside marriage is a sin.

This is a sexual puritan movement. This is about control and regulation of sexuality, and it is women who suffer the most.

They are not the only fundamentalist christian org to hold these views: they all do!

The purity movement is huge in USA, and it is women and young girls’ bodies who are regulated as the site of potential decay and corruption.

These movements cause intense shame to women and girls who are seen as ‘violating’ the standards of respectability.  Vice magazine covered this issue here.

Pastor Nadia Bolz-Weber has spoken out about this issue, and made a vagina sculpture out of silver purity rings.

These rescue industry/ ‘anti-trafficking’/ anti sex work NGO’s are not interested in addressing laws and policies which harm sex workers. They merely want to eradicate the sex industry, and as evidenced above, the ‘sin’ of sex outside of heterosexual marriage.

The rescue industry is a billion-dollar affair. Largely led by white middle class men, with attractive white women for spokespeople. Where are the women of colour? Where are the transgender sex workers? The male sex workers? Where are the migrant sex workers speaking out about harmful and racist immigration policies? These charities have a simplistic idea about ‘rescuing’ women (and it is women they talk about).

In the interests of transparency, I am a Christian, I have tweeted about it here.

The fact that Evangelical right wing charities are influencing the public’s perception on sex work and trafficking is dangerous.

I am a huge fan of LGBT Christians such as author Vicky Beeching who wrote a brilliant book called Undivided  about the ‘gay conversion’ movement and the harms of fundamentalist Christianity. I now understand a tiny part of how the gaslighting and manipulating feels.

We need to call out these troubling relationships now.

← Spearmint Rhino and Gaslighting Feminists The Bible and the ‘other’ →